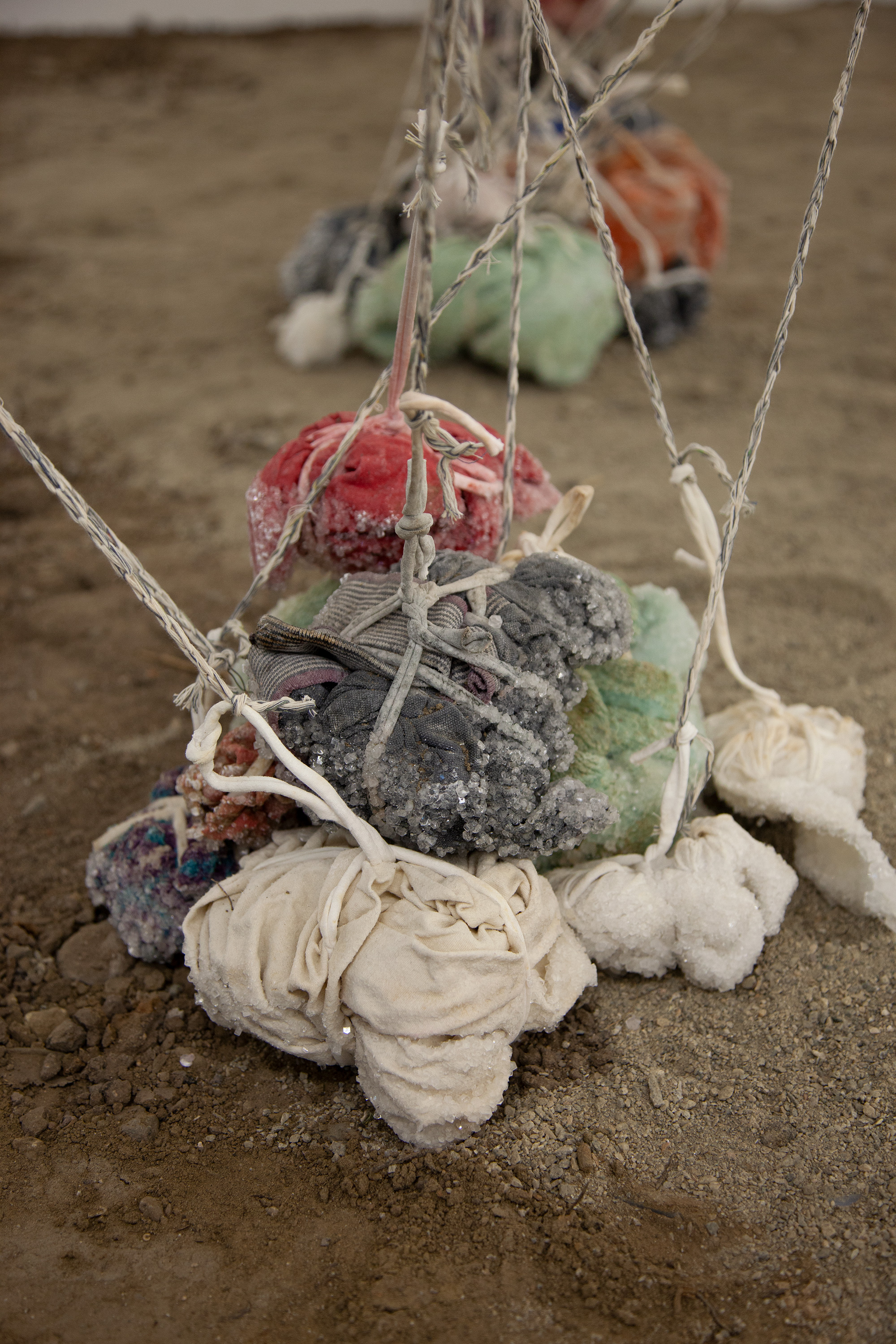 Sueños Fértiles, 2018 (Fertile Dreams) looks at the journey that thousands of people make across different border entries into the United States. Amezquita is interested in the transformations that happen to a body upon entering a new space, as well as the effect that this interaction has on the area.

Sueños Fértiles is the next evolutionary stage of Amézquita’s previous exhibition, Mi Ultimo Suspiro,( My Last Sigh, 2017). Mi Ultimo Suspiro was an installation comprised of casted iced water bottles that were left behind at different border entry points between the United States and Mexico (California to Tijuana, Arizona to Sonora, New Mexico to Chihuahua, and Texas to Chihuahua). Amézquita was interested in the negative space of the bottles, containing frozen water and articles of clothing found from the border. She placed the frozen bottles on pounds of soil that she acquired from the border between Tijuana and San Diego; as the water melted it left behind the clothes that occupied the negative spaces in the bottles.

In Sueños Fértiles, Amézquita reconnects the remains of the clothes soaked in water by casting them in laundry detergent and salt, forming crystallized bundles of memories.

-100% border soil, traveled 155 miles south of Los Angeles (the soil was transported in the home depot buckets).
-Acquired clothes from different borders that connect the US and Mexico.
-Laundry detergent and salt (Crystals were formed inside the home depot buckets.)
-100 % Latin American String.