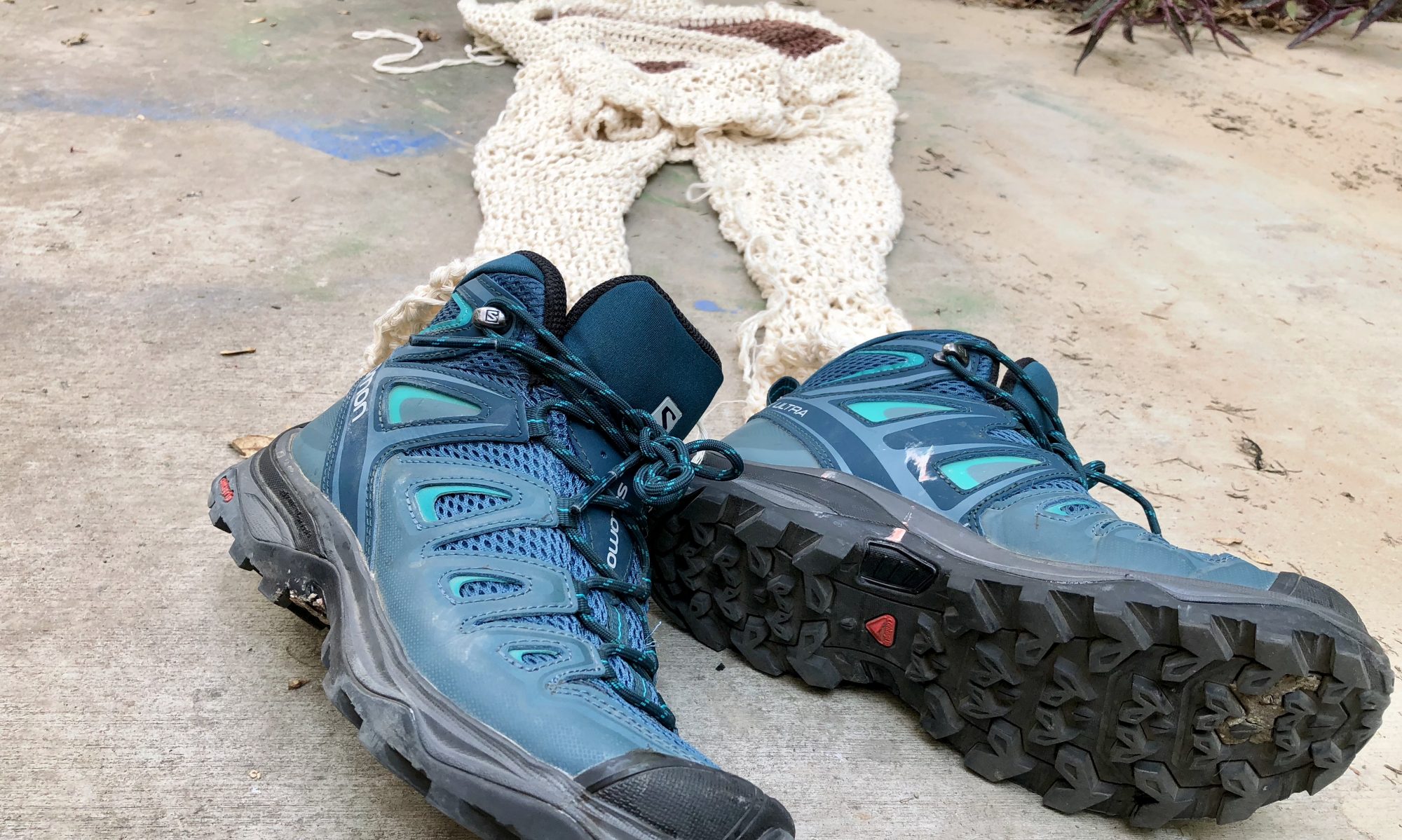 During the performance, I wore a crochet suit (Mi Traje), which helped connected my interior with the exterior. I saw Mi Traje as a connector, like another layer of skin that helped me collect my sweat, my tears, and my menstrual blood. On the second day of the performance, I had to break the silence, when a woman in the street started calling me a wet back, to her surprise, I spoke English. Some close friends walked with me on different days for several miles. Unfortunately, due to their immigration status, some of my friends couldn’t walk with me, until I got closer to Los Angeles. The performance lasted eight consecutive days started every morning from sunrise and ended before sunset with a total of 176 miles traveled.

100% cotton Latin American string, an abducted trash can from Mexicali, acquired pieces of clothing from people who walked with me or helped me find a place to spend the night.

When I arrived at the gallery space in LA a blue metal oil barrel which is used in Mexico as a trash can was waiting for me. These metal trash cans have been used to dissolve the bodies of abducted women in Mexico where femicide is a constant danger for women migrating north. I’ve abducted this trash can from Mexicali; however, this time the trash can was not there to dissolve any bodies in acid, this time it was full of water. Several pieces of garments from people who were involved in the process of this performance surrounded the barrel. These garments collected water spills. As I approached the scene, I’ve noticed some of my friends, classmates, and my mother waiting for my arrival. I walked towards the barrel, faced everyone who gathered around to celebrate my arrival, had eye contact with a few of them. (In a way, I wanted to show  how grateful I was to see them again while we were sharing the same space). The time of my arrival was 08:10 PM, right after I submerged myself into the barrel and removed the suit after getting out of the water. This is a poem which I wrote while during the lapse of the performance