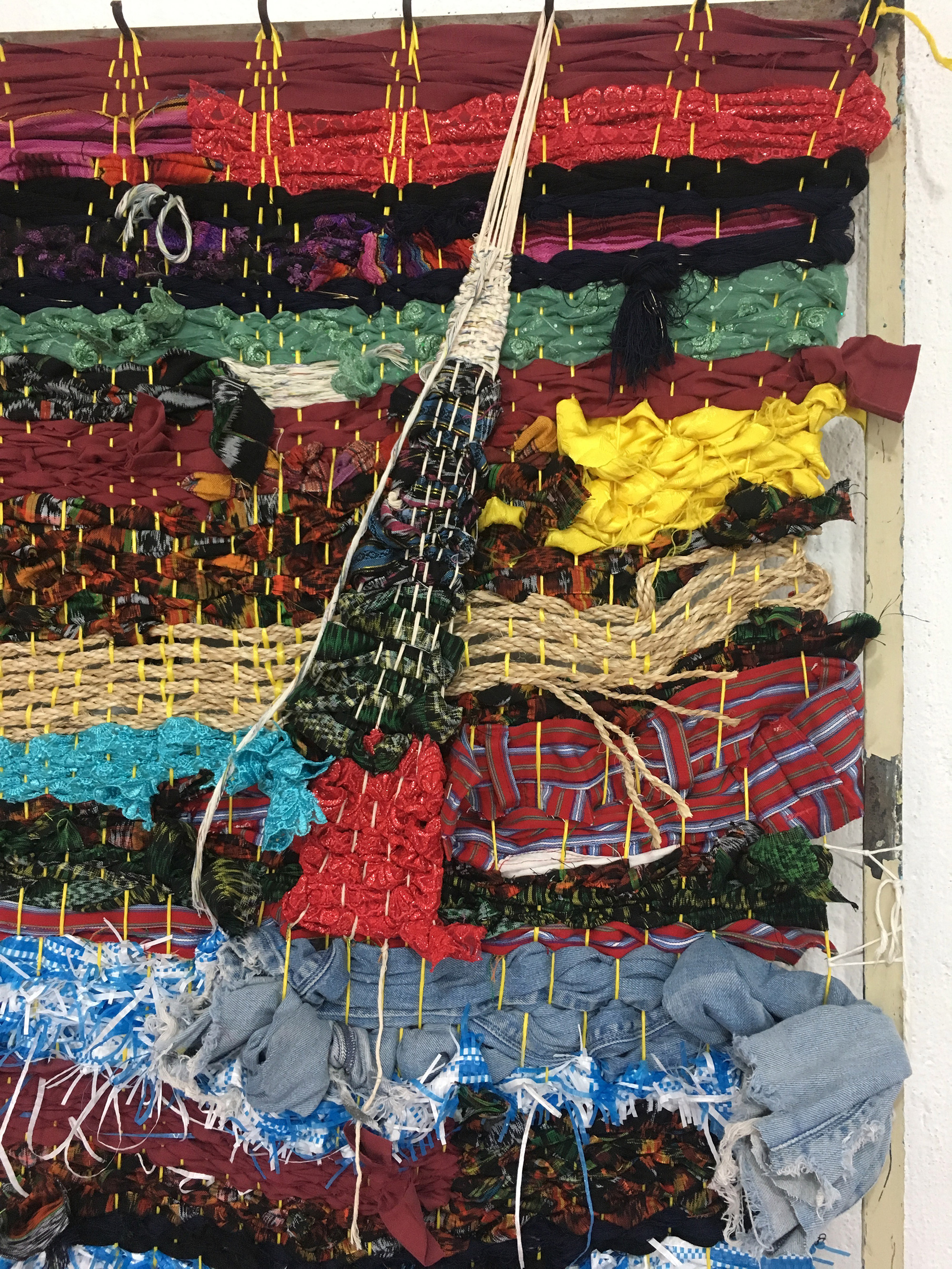 City of Eternal Spring is a woven panel door that collages different types of fibers, textiles and found objects collected during site explorations in Guatemala. From this woven collage, distinctions between two ethnicities, ladinos and the indigenous cultures of Guatemala, emerge. Through collage, I examine the constitution of identity and relationships which generate the effects of treatment between a hierarchy of race and social classes. On the most basic level, the mere presence or absence of traditional Mayan clothing communicates the wearer’s ethnicity. Native people throughout Central America and Mexico are readily identified by their traje, or traditional styles of clothing. On the other hand, people who no longer identify with their indigenous heritage are more likely to adopt Western clothing styles. In this way, clothing serves as a racial or ethnic marker and people will react to an individual based on assumptions made because of the type of clothing he or she wears. The difference between traditional Mayan and Western clothing styles is readily apparent. I incorporate the use of weaving and the loom to explore a language of displays that rebalances the power of their socio-political relationship.