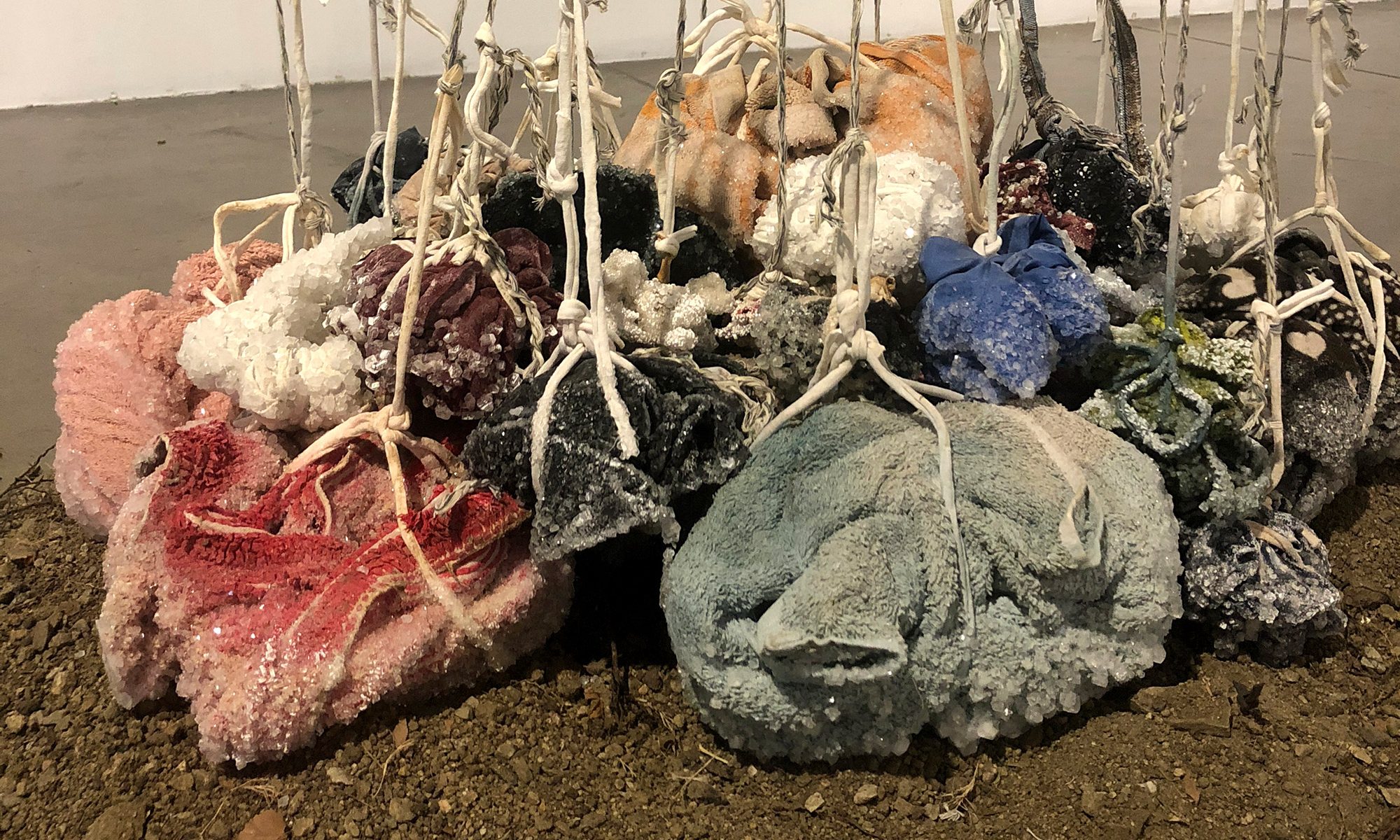 My work explores the psycho-socio-geographical and political interactivity of different ethnic groups. I’m interested in exploring the impact that two opposing cultures create in their social environment and how socioeconomic differences between cultures affect the social structure. The types of jobs people do, the amount of money they can earn and the quality of land they occupy are factors which play a role in defining racial groups in society, each with its own concerns, interests, values, and attitudes.

Discrimination and economic growth are inextricably and historically linked. I am interested in examining how discrimination against certain social groups negatively impact a society’s overall productivity. Culture can have hidden effects on business, trade, and development. In my process, I use rhythm, repetition, research, and found objects that hold cultural significance. These elements are woven together and collaged, creating tension and/or balance that visually manifest differing cultural, political, economic, and social paradigms.

Historically, culturally diverse communities have evolved over generations through emigration, intermarriage, and cultural mixing, resulting in a hybrid culture. My work is a critique of imperialism as the second stage in the history of hybridity, characterized by literature and theory that studies the effects of mixture upon identity and culture.

As a result of my experiences as an immigrant woman, my practice has been influenced by my relationship to borders and the interaction with different cultures around the world. I’ve incorporated the use of weaving and the loom to explore a visual language that rebalances the power of socio-political relationships. This practice has allowed me to intertwine historical and contemporary references.

Through collage and found objects, I examine the constitution of identity and relationships which generate the effects of treatment between a social hierarchy of race and class. I incorporate the use of found and altered textiles, weaving and the loom to explore a language of appearance that rebalances the power of socio-political relationships.

Both ancient and modern civilizations have borrowed ideas, philosophies, and sciences from and between neighboring civilizations, thus producing richly successful hybrid cultures and societies. However, financial conquest, cultural repression, and discrimination have had devastating effects on specific social groups. My work confronts that dichotomy by acknowledging and exploring the devastation created by cultural imperialism and looking for a way to move through it toward a future that embraces and celebrates diversity.